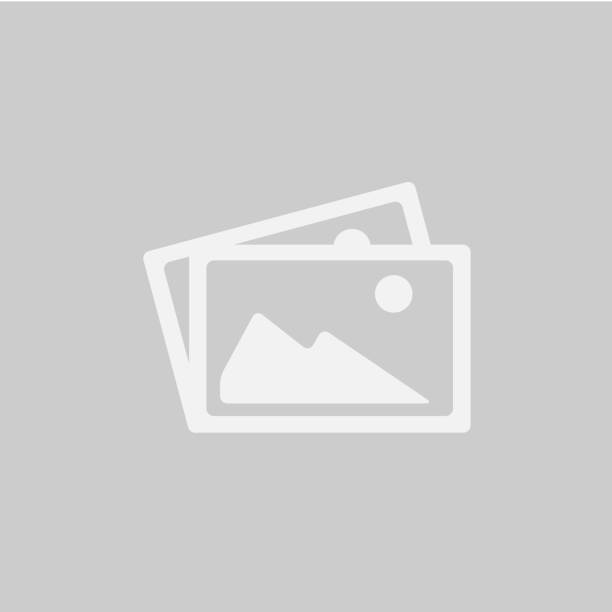 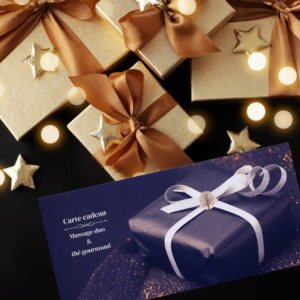 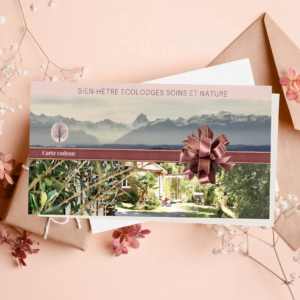 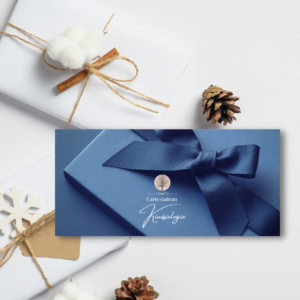 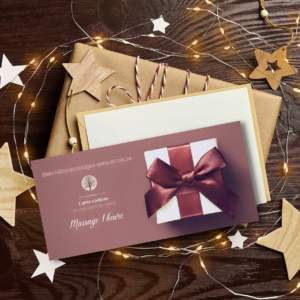 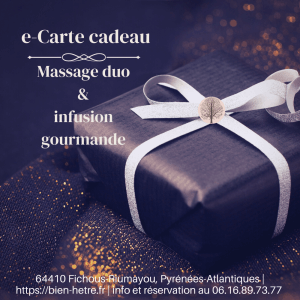 The route of stage 28 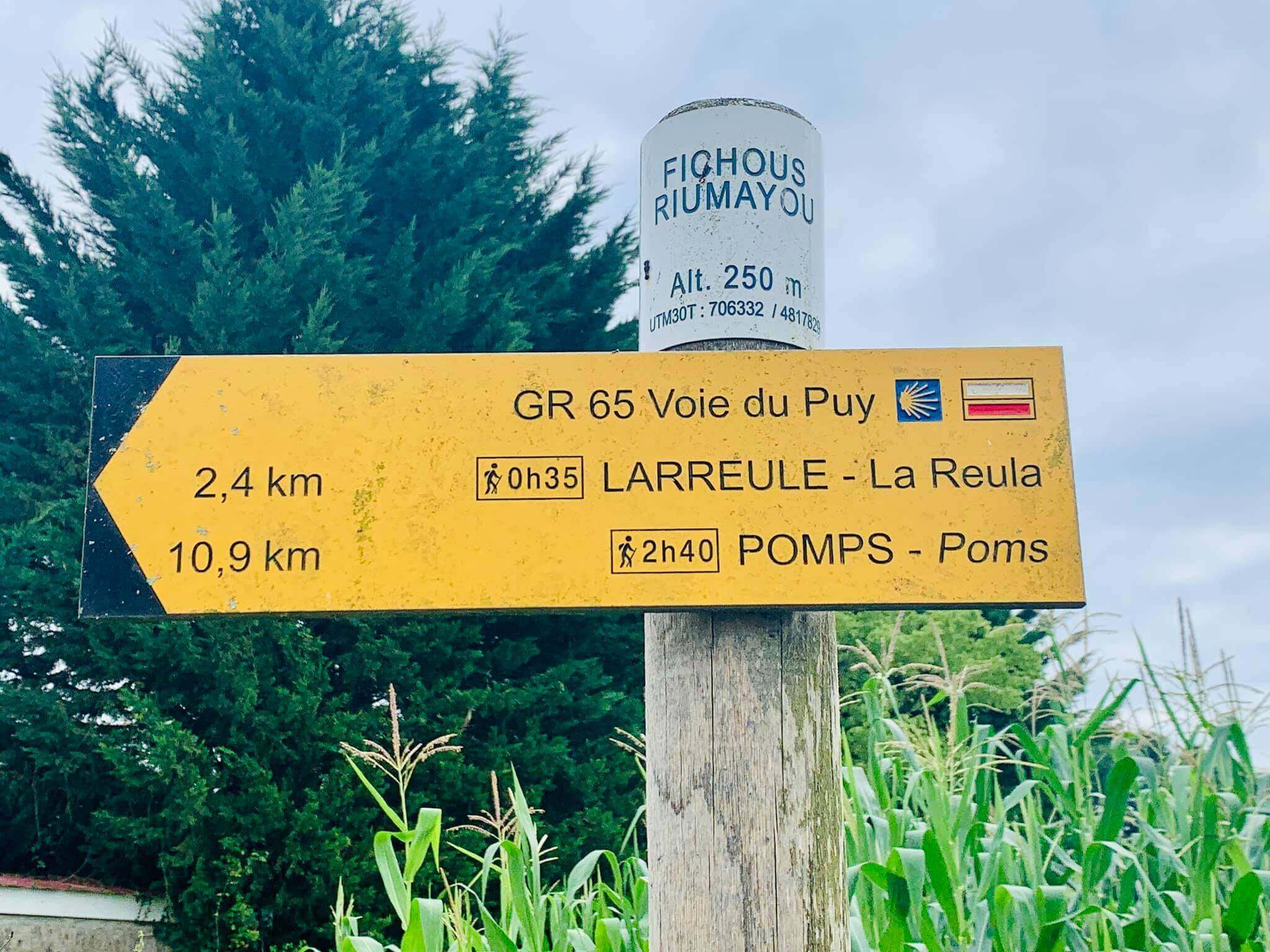 a stopover for pilgrims to Compostela

The Puy route connects Le Puy-en-Velay to Saint-Jean-Pied-de-Port over 750 kilometres, from Haute-Loire to the Basque Country it is the via Podiensis .
It is the French federation of hiking that has developed the route from 1970. This is the oldest “path of Saint-Jacques” (GR®65) open in France.
The Route du Puy is today the route most frequented by pilgrims to Compostela on foot, but also on horseback or by bicycle.
It is at stage 28 which goes from Arzacq to Arthez de Béarn, that the pilgrims will cross or will be able to make a stopover at Fichous-Riumayou and we hope so, at well-being ecolodges care and nature for an invigorating stopover.
Phone-volume Whatsapp Map-marked-alt Envelope Calendar-day Laptop-house

Special rates on presentation of your credential

half board and foot massage

half board and Bach flower reflexology

Rest assured that your bikes are safe with us, and that you can rest easy ​

During your stay with us, your horses can be fed and housed 1 km from us, at the Candau ranch. 10€/day/pet

See our massage options to pamper those who carry you along this path.

We welcome you all year round

To see on this stage

The manor of Poursiugues-Boucoue , called castle, and located at a place called Château Lassalle, which dates from the 17th and 18th centuries.
As for the Saint-Loup-de-Sens church , it was built at the end of the 19th century.
There are various pieces of furniture also inventoried by the Ministry of Culture. The presbytery dates from the end of the 19th century.
The bastide of Arzacq dates, like its sisters, from the 13th century. Located on a motte where there was a castle in the 12th century, it was once located in the border area on the English side. Its market had regional importance and earned it its bastide status. Place du Marcadieu , triangular in shape, was designed for the market. all around the covered galleries with pillars and arcades sheltered the merchants.
Not far from there, the pilgrim’s tree.
In Fichous-Riumayou , the Church of Saint Girons , Romanesque church from the 12th century.
Geüs-d’Arzacq : a flowery village! with 2 flowers on its towns and villages in bloom label. Church of the Assumption of the Blessed Virgin from the beginning of the 17th century.
In Larreule , and on the slopes of the hillside is its church, a remnant of an abbey founded in 995. Curious L-shaped church; only the transept and the choir remain, notably a 12th century apsidiole.
Two statues hold our interest: a Christ of beautiful anatomy and a holy Wolf holding the book… and who heals ulcers. At the foot of the church, the village surrounded by moats, retains the mark of the bastide that it became at the end of the 13th century.
Of the Château de Louvigny , nothing remains except the memory that this commune was the seat of a viscount. Its small church, Eglise Saint Martin de Tours was built in 1955 on the plan of the old church destroyed in 1945. Reuse of the stones of the old church which was located near the cemetery.
Pomps invites you to visit the parish church of Saint-Jacques-Le-Majeur and its early 20th century stained glass windows, the 16th century castle/manor of Pomps.
Fans of stringed instruments can visit the Fellman Lutherie workshop and perhaps order a custom guitar.
Uzan has a beautiful rural church and an old fountain, both dedicated to Saint Quitterie ( Sanctuaire Sainte Quitterie )
The road continues to Arthez de Béarn.